Martina Navratilova tells Djokovic to ‘suck it up’ and ‘go home’

Novak Djokovic has launched another appeal after his visa was quashed on Friday by Australia’s immigration minister Alex Hawke. The men’s world No1, who is unvaccinated but has claimed an exemption from Australia’s strict rules on visitors being vaccinated against Covid-19 due to having already had a bout of the disease, faces a race against time to have his visa reinstated with his first match of the Australian Open scheduled for Monday evening.

On Friday, Hawke announced that he had cancelled Djokovic’s visa on “health and good order grounds”. Djokovic’s legal team immediately fought the decision and the case will now go to a federal court over the weekend, with Djokovic’s lawyers pushing hard for a final decision on Sunday before he begins his bid for an historic 21st Grand Slam. The 34-year-old Serbian has been summoned to a meeting with border authorities on Saturday morning, and could then be detained in a state hotel while the case is heard.

Pressure has been building all week after Djokovic broke his silence over a number of accusations of breaking Covid protocol on Wednesday, and he conceded that he broke isolation and conducted an interview with French newspaper L’Equipe despite knowing that he was positive for the virus, such a transgression could result in up to five years in prison if proven that he lied about his positive test.

Follow all the latest news below as Djokovic fights deportation once more.

Addressing an initial hearing as Djokovic appeals against the minister’s ruling, his lawyers suggested the decision was made because of concerns that the tennis star’s appearance at the Australian Open might stoke anti-vaccination feeling in the country, rather than solid legal grounds.

Djokovic’s team also called for a quick hearing which they hope to be concluded on Sunday, ahead of the tournament’s start on Monday, with the player set to play his opening match on Monday evening in Melbourne. “We’re very concerned about time,” Djokovic’s lawyer Nicholas Wood told the Federal Circuit and Family Court of Australia.

The government’s representative at the hearing agreed to accept the accelerated timeline, and confirmed that Djokovic will not be detained – as he was for four days upon first arriving in Melbourne – until the appeal process is completed.

Novak Djokovic is not being investigated by the Spanish government over a separate alleged Covid rules breach to his current difficulties with the Australian government.

Reports on Wednesday suggested authorities were looking into a possible legal issue after it emerged Djokovic entered the country days after testing positive for Covid en route to Melbourne for the Australian Open.

Since 20 September, citizens from Serbia are required to have a vaccine certificate or show a special exemption to enter a Spanish territory.

“Only residents in Serbia who have a complete vaccination certificate or special authorization can enter Spain,” reads the current Spanish entry requirements.

Meanwhile, Djokovic has also been accused by Stefanos Tsitsipas of “playing by his own rules”.

Djokovic is stealing most headlines at the moment but Emma Raducanu is at the first slam sine her US Open win.

Our reporter Tom Kershaw has written about the pressure she is facing, writing: “Raducanu might have already scaled the mountain, but those players still feel like forbidding giants in front of her.

“What is a realistic goal – if such a thing can even be applied anymore? Raducanu’s opening match, against America’s Sloane Stephens, is an unforgiving test in which victory alone would qualify as a considerable marker. It’s a daunting task that raises some intriguing parallels too. Few had expected an unseeded Stephens to clinch glory at the US Open in 2017 and, amid the swirl of attention and unwanted comparisons to Serena Williams, she failed to win a single match for the remainder of the season.

“By the time she was knocked out in the first round at the Australian Open the following year, her losing streak had extended to eight matches. “Just relax, everybody. It’ll be OK, don’t worry,” she said with a smile and a laugh to a roomful of solemn reporters afterwards. Sure enough, at the French Open a few months later, she reached the final.”

So how did Djokovic’s situation play out?

Djokovic has been in Australia for almost 10 days and his visa has been cancelled twice.

The first time he was detained at a Melbourne airport as he was viewed as a health risk as he hadn’t had the Covid vaccine. He won an appeal to remain in Australia but immigration minister Alex Hawke had the power to cancel it again.

He exercised his right to do so on Friday but Djokovic and his team are hitting back with the case now heading for the Federal Court of Australia.

But how did he get to this point and why? Here’s all you need to know:

What has been said today?

The initial statement which started today’s series of events was immigration minister Alex Hawke’s declaration he will be re-cancelling Djokovic’s visa.

He said: “Today I exercised my power under section 133C(3) of the Migration Act to cancel the visa held by Mr Novak Djokovic on health and good order grounds, on the basis that it was in the public interest to do so.

“This decision followed orders by the Federal Circuit and Family Court on 10 January 2022, quashing a prior cancellation decision on procedural fairness grounds.

“In making this decision, I carefully considered information provided to me by the Department of Home Affairs, the Australian Border Force and Mr Djokovic. The Morrison Government is firmly committed to protecting Australia’s borders, particularly in relation to the COVID-19 pandemic.

“I thank the officers of the Department of Home Affairs and the Australian Border Force who work every day to serve Australia’s interests in increasingly challenging operational environments.”

Scott Morrison was quick to back up the minister and added: “This pandemic has been incredibly difficult for every Australian but we have stuck together and saved lives and livelihoods. Together we have achieved one of the lowest death rates, strongest economies and highest vaccination rates in the world.

“Australians have made many sacrifices during this pandemic, and they rightly expect the result of those sacrifices to be protected. This is what the Minister is doing in taking this action today.

“Our strongest border protection policies have kept Australians safe, prior to Covid and now during the pandemic.”

At a directions hearing held to show what will happen next in the case, Djokovic’s lawyers accused the government of cancelling the visa in order to not “excite” anti-vaccination groups.

Nick Wood said: “The minister assumes in Mr Djokovic’s favour every single fact that might have been in issue previously, that he’s complied with the law, that he poses only a negligible risk to others, Mr Djokovic has a medical reason not to be vaccinated, and that Mr Djokovic is of good standing.”

At the end of the hearing, Judge Kelly ruled the case will be turned to the Federal Court of Australia. The government cannot take any action to remove Djokovic from the country until proceedings are over. The star will be detained over the weekend with the case thought to be decided on Sunday.

What was the hearing and what happened?

There was a Directions Hearing earlier today where the next steps of the case were laid out.

Djokovic’s lawyers laid out their intentions to fight the case for the star to remain in Australia as they believe the reasons behind the cancellation of the visa aren’t warranted. They say immigration minister Alex Hawke conceded Djokovic had an “exemption” and he called him a man of “good standing”. They believe the second cancellation has come as the government do not want to “excite” anti-vaccination groups.

The case was moved to the Federal Court of Australia, something Djokovic’s lawyers tried to prevent, with a hearing set for Sunday. Djokovic will hope it can be wrapped up on that day as he is due to compete at the Australian Open on Monday.

The judge also ruled Djokovic will be in detention over the weekend but that the government cannot take steps towards removing the star until proceedings have concluded. The star will also be involved in another interview with immigration officials on Saturday morning.

There have been many reactions to Djokovic having his visa cancelled once again. He has his critics and his supporters among tennis fans but they haven’t been the only ones commenting.

Politicians and journalists have been throwing their opinions into the discussion, particularly with the world no. 1 scheduled to play at the Australian Open on Monday.

Here is how the world has been reacting:

A document showing that Novak Djokovic tested positive for Covid on 16 December is valid, a Serbian health ministry official said on Friday.

“After the documentation appeared on social networks we analyzed the document, and the document is absolutely valid,” said Zoran Gojkovic, a member of the Crisis Staff team working on fighting Covid-19 in the country.

He said there was no legal penalty for those who break quarantine rules in Serbia, referring to Djokovic’s interview with French newspaper L’Equipe.

“I defend his free will not to get vaccinated,” Gojkovic said.

Why does Djokovic oppose the vaccine?

Djokovic has made a few controversial statements about vaccines over the past few years and admitted he does not have the Covid vaccine when he entered Australia.

Our reporter Tom Kershaw has written about how Djokovic has articulated his beliefs and what they are.

He wrote: “He is adamant that he can find “basic ways to survive” by tapping into the strength of his own body, be it when fighting a virus or an injury, without needing to resort to outside intervention.

“Sometimes, that belief has elicited comic moments, such as when Djokovic teamed up with Pepe Imaz, a coach-cum-spiritual guide, whose techniques included the power of extremely long hugs. Around that same time, Djokovic began extolling the virtues of telekinesis and telepathy and referred to “gifts from a higher order, the source, the god, whatever, that allows us to understand the higher power and higher order in ourselves”.

Talking points: Is it all about Djokovic?

Djokovic is the main talking point heading into this year’s Australian Open, will the defending champion have the chance to compete or will he be deported? That is a matter for the courts with a decision thought to be coming on Sunday after a hearing.

But that isn’t the only situation at play ahead of the first slam of the year.

Emma Raducanu, reigning US Open champion, will play in her first slam since and will look to continue her success on the world stage. Meanwhile, Andy Murray was handed a wildcard for the event and has had a winning start to his time in Australia.

He is through to the ATP final for the first time in three years and so he is one to watch at the event.

There are many things to keep on top of before the Open begins on Monday, have a read of the talking points: 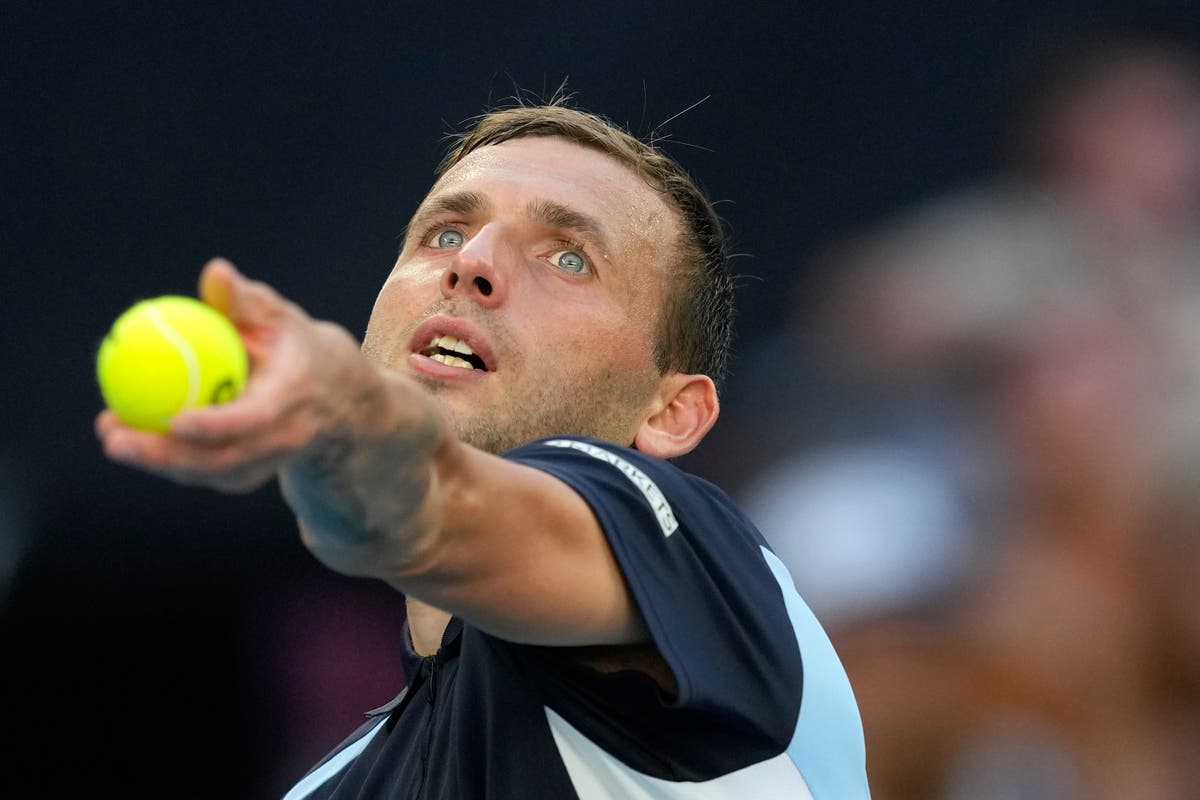 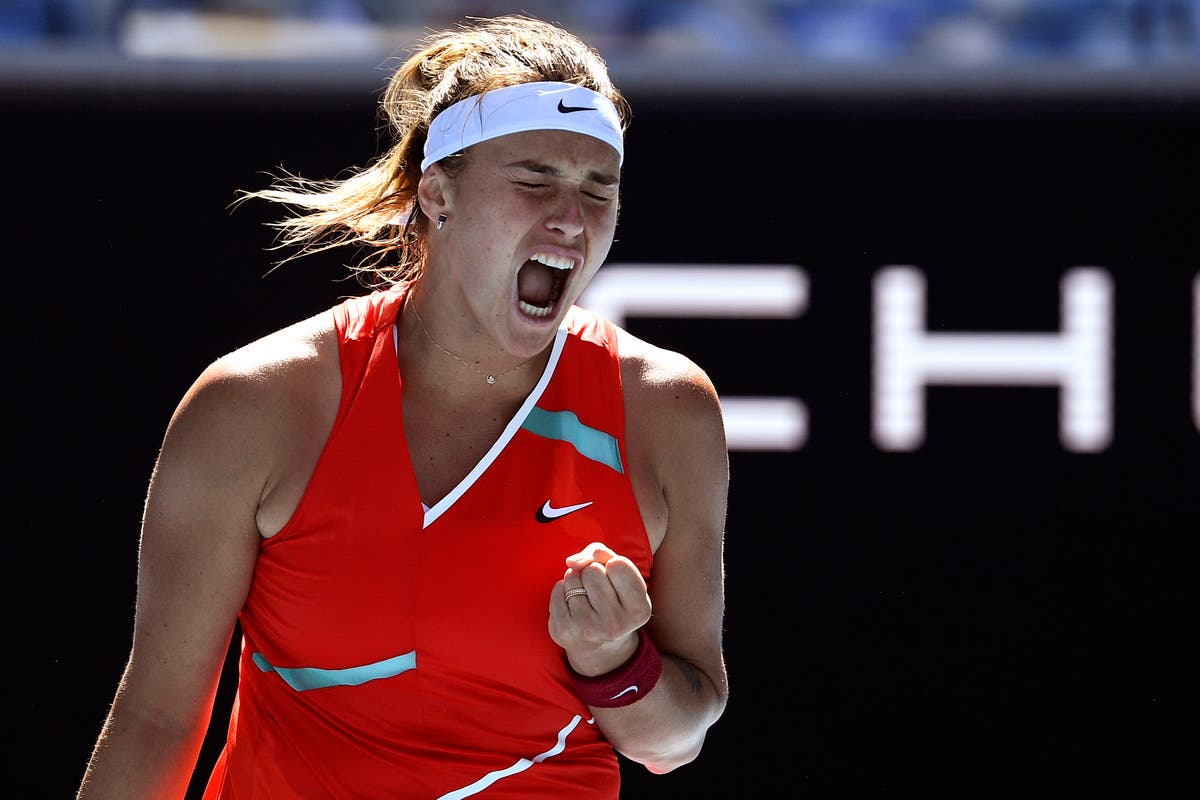 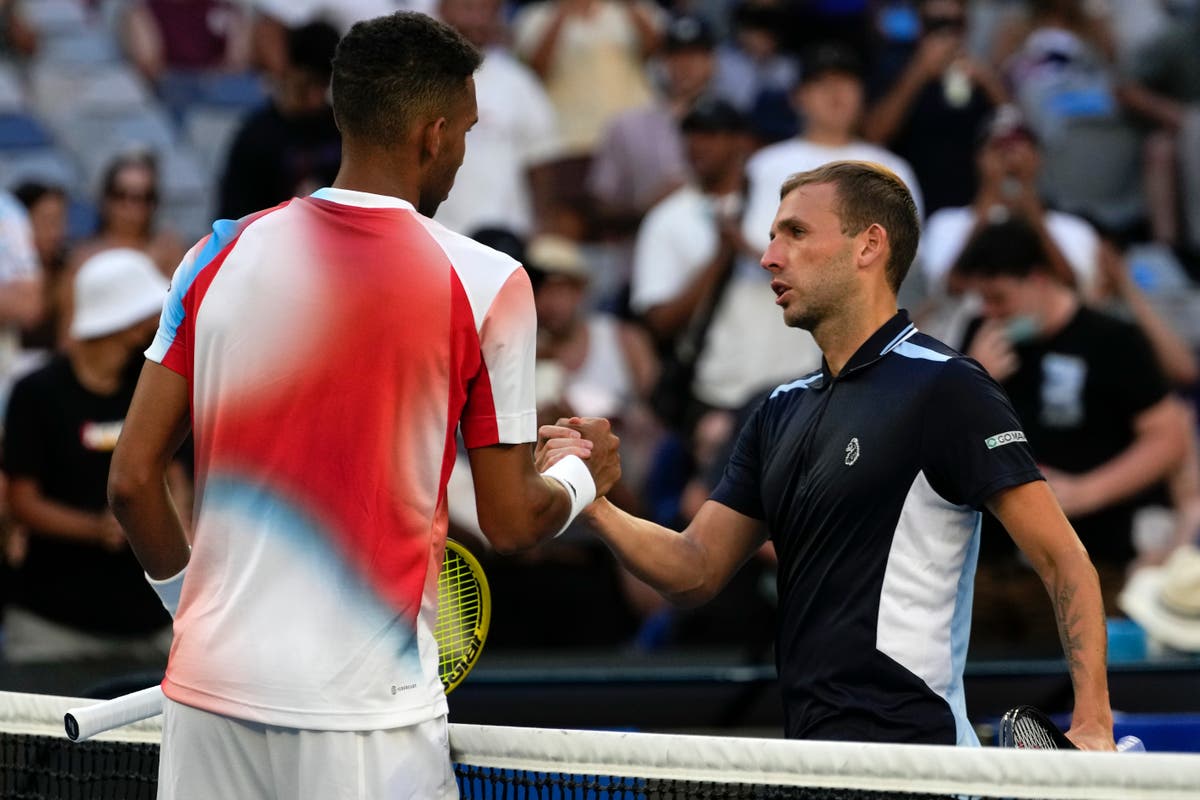